the lies we buy 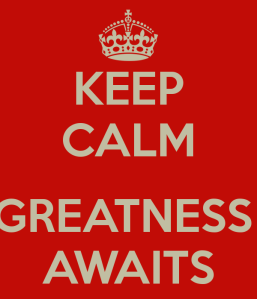 that’s the new catch phrase being used by sony playstation to promote their new gaming console. a series of scenes showing men  in medieval times battling each other with swords and battle axes, racing fast cars and leading futuristic armies against one another make up the bulk of the commercial. the men sing the late lou reed’s ‘a perfect day’ as they do all this, adding a bit of humour while alluding to the ‘connectedness’ of the on-line gaming culture.

i get it. its smart advertising on sony’s part. men have a natural inclination towards exploring and conquering. it seems to be in our genes. so in one fell swoop, sony was able to portray a product that enables its users to explore new worlds, save humanity from an alien invasion and score the winning goal in fifa world cup.  and you can do it all in one afternoon with your buddies, if you like.

i don’t want to critique video games or even the people who play them, though i must admit that’s my first inclination. i used to play video games when i was younger so i’d only be a hypocrite if i took that approach. i’d prefer to critique the motto driving this current product – greatness awaits.

video games used to be for kids and youth. today, the demographic has shifted to men in their 20’s, 30’s and 40’s. with the demographic shift has come a shift in content for games. video game companies focus more on marketing to the older crowd using war, racing and sports.

again, i get it. it’s smart to go after this demographic since they have both the money and time to invest.

what gets me is that men are more willing to spend their hard-earned money on, invest their precious time in and build community around/within video games when real greatness awaits them outside of all this.

i agree with sony that “greatness awaits”, but i disagree where we will find it.

a growing movement of people are standing up against all the forms of slavery in our world, but more are needed.  human rights groups estimate that anywhere between 12.3 million and 27 million people are enslaved in forced or bonded labour, child labour, sexual servitude, and involuntary servitude at any given time.

world hunger and poverty still needs a lot of hands on deck. the united nations food and agriculture organization estimates that nearly 870 million people of the 7.1 billion people in the world, or one in eight, were suffering from chronic undernourishment in 2010-2012. almost half the world — over three billion people — live on less than $2.50 a day.

how much does a video game console cost? this latest sony product is pushing $1000.

there is still a large need for big brothers or sisters everywhere. many youth are growing up without any positive role models to help them navigate their lives – education, employment, health, drugs, etc. mentoring can go a long way in the life of a child.

i could also mention the unnecessary wars being fought with corporate profits and not people in mind, or the environmental degradation and exploitation happening all over the globe, or the racism, sexism and prejudice that need people actively working against.

but these things don’t get the sexy commercials and airtime that sony money can buy.

great things do await us, but i don’t think it’s found in the escapism of video games (or any other things – alcohol, sports, tv, politics – we use for escapism) but involvement in the real issues that affect the communities we live in, the countries we inhabit and the world we must leave to our great-grandchildren.

true greatness awaits us, if we choose to pursue and sacrifice for it.